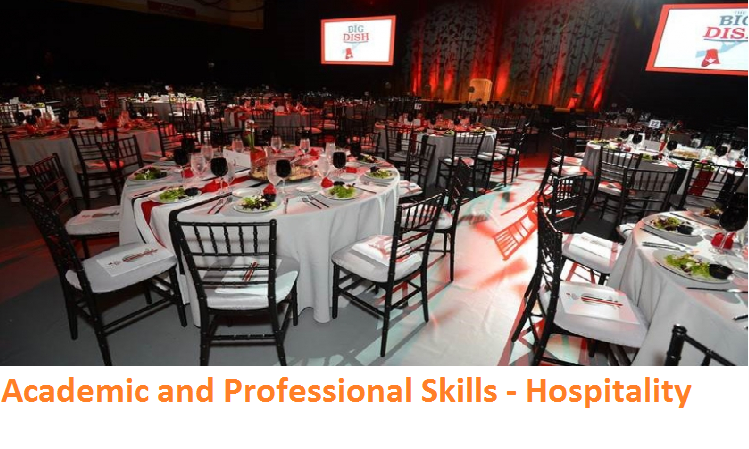 The assignment consists of a report that features a case study of the Gosport War Memorial Hospital located in UK, infamous for its scandalous medical practices. The hospital has been in news recently for claiming lives of more than 400 patients, consequently, covering up the investigations and inquiries with the help of several public service officials.

Ethics, in its simplest definition, are a set of values that help one distinguish between right or wrong, even if it means challenging the conventional norms of the society (Conrad, 2018). Unfortunately, while unethical business practices are prevalent in almost all sectors today, it is the health and social care profession, where unethical behaviour is strictly unacceptable as it means putting a life at risk.

Gosport Hospital deaths throughout the 1990s in one such case of ethical breach. Lives of over 450 ageing people were shortened due to the over-dosage of opioid drugs prescribed by the general practitioner at the hospital(BBC News, 2018). In spite of several red flags raised by the relatives of the victims, it took almost 20 years to find her guilty of the crime. In another case of breach of healthcare ethics, Dr. Harold Shipman was found guilty of murdering over 200 elderly patients under his care at Donnybrook Medical Centre, with high doses of diamorphine (Marshall, 2016). While the first case was a conspiracy led by the senior doctors and nurses at the hospital, the second case were actions of one doctor.

With advances in health care, science and technology, there is ever-increasing demand of specialised treatments which often challenge the ethical dilemmas faced by medical practitioners. Insufficient whistle-blower’s protection, excessive pressure from patients to obtain speedy recovery and greed for more money has led to unethical practises at Gosport Hospital and causedmonumental damageto its reputation.

Gosport scandal was carried out not by just one doctor but the entire staff of the hospital. Although a few senior nurses tried to raise an alarm, they were asked to back out and remain quiet. The Hampshire police too, were unwilling to help the victims (Darbyshire & Ion, 2018). This has had serious implications on the customers and patients.

After shocking revelations from the affected people, the patients and their relatives are not willing anymore, to approach the hospital for treatments. The Gosport town, which was once known for its Royal Navy base, is now in spotlight for its connections to the scandalous hospital. Since then, the hospital has witnessed a serious downfall in customers and patients (Hawkes, 2018). Although the hospital is now governed by a new trust, the local residents are still hesitant about the quality of the health care offered there. Customers fear that may never be able to see their relative after sending them for the treatment at the hospital. Even though the deaths occurred after victims were admitted to hospital for a few days or kept under observations, the general consultation patients too, have started questioning the nature of medicines being prescribed at the hospital lately.

According to the University of Bristol, the Gosport investigation may have changed the way patients view end-of-life care (Bristol, 2018). With an expectation of a dignified death after sharing last words with their loved ones, cases like these discourage them to opt for end-of-life treatments at home or the hospital. As for families of the victims, their continued protests for exposing the staff’s conspiracy, has resulted in serious decline in the hospital’s reputation. It has diminished to an extent that customers will now be likely to question every move made by the nurse and the doctor there.

The Gosport scam not only damaged the reputation of the doctors and the hospital staff but also uncovered the carelessness and ignorance of several regulatory bodies, who failed to tackle the situation immediately. As the investigation unfolded, it was clear that the numerous warning attempts made to the officials of regulatory bodies such as Department of Health and Social care, senior consultants at the hospital, Royal College of Nursing (RCN), Hampshire Police, Crown Prosecution Services and National Health Services (NHS), went in vain (Pocock, et al., 2018). This attracted immense criticism from the government as well as the public. There were also demands for the NHS and RCN officials to step down from their posts.

For almost 20 years, the regulatory bodies have been silencing the claims made by the families of the victims and the nurses (Dyer, 2014). Since then, the constant appeal for justice has caused a widespread anger and outrage amongst the public. According to the public inquiry, the nurses who came forward to raise concerns regarding the drug overuse, were either silenced, blackmailed or forced to accept early retirement (The Guardian, 2018). This suggests that the planned conspiracy included not just the hospital staff but also officials from regulatory bodies, who saw benefit in continuing with the malpractices. This has raised many questions about the quality of work culture being followed. The victimised relatives have not only lost trust in the system but also feel scared to approach the officials for the likely disastrous repercussions.

The Industry or Sector

It is important to note that the Gosport Hospital scandal was not the first of its kind. Similar other scams such as Stafford Hospital, Morecambe Bay and Shipman were uncovered after several years of investigations (Piper, 2016). This goes to show that the healthcare industry has witnessed its share of fraudulent and unlawful actions. In all of the above cases, the doctors and the nurses were charged with a serious ethical breach. Nursing, which is often considered a caring practice, has raised public anxieties to view recent developments. This has created a perception that such illegitimate activities are being conducted in other hospitals as well and that the healthcare sector is not as honorable as one thought it to be.

It has also come to light that a number of hospitals in UK pass the audit inspections through deceit and pretence. When the secretary of RCN went for an inspection at Gosport before the inquiry, he was escorted through the kempt wards and was made to interview the most reliable staff, instead of the whistle-blowers (Stanhope & Lancaster, 2014). This makes identifying the issues an even bigger challenge than rectifying them.

It was in 2001, that the news reported a suspicious death of a 91-year old at the hospital. Twenty years since, the grieving families are still battling for justice and have approached media for answers (Ginn, 2018). Several newspapers, magazines and new reporters continue to the cover the situation at Gosport Hospital and have also openly published the complaints of some of the victims and their relatives.

According to a news channel, it is the duty of the media to bring forward the tortuous processes being performed at the hospital(Kenwright, 2018). It encouraged the ex-hospital staff to come forward and speak up about the issue. Being dismissed as a troublemaker, a former whistle-blower recalls a harrowing incident at the hospital where she was verbally abused and later confronted with a disciplinary action (Donaghy, et al., 2018). As media continues to unfold the stories, the public continue to witness a giant cover-up. The efforts of the news channel were praised supported by a massive crowd.

Many newspaper front page headlines quoted the hospital as “hospital of horrors”(Charlesworth & Wilcock, 2018). While the public demanded criminal charges against the doctor in-charge of the deaths, the hospital authority received widespread condemnation for letting continue with the shameful acts for years. Considering their actions resulted in hundreds of deaths, the media recommended the doctors of Gosport and several other medical institutions to perform self-examination over their attitude.

From the above analysis, it is apparent that the situation at NHS is far from perfect. While many did not feel secure about coming forward with the allegations on the wrongdoings of the hospital, others feel it is worthless and waste of time and resources (Pozgar & Santucci, 2015). The analysis carried out on all points considered suggest that the lives of the elderly are taken for granted and so are the emotions of their near and dear ones. It is a common practise todisregard the concerns raised over the treatment and care. The corruption had taken over the regulatory bodies too, who constantly neglected the complaints and alarms raised by the victims. While the constant news of scams continue to shake the confidence in the medical practices, the media plays an influential role in raising awareness and shaping the realities.

Although the UK government has applogised to the relatives of the Gosport hospital patients and assured them of good quality medical care in future, the hospital and the public services system have an industrious task ahead of rebuilding their lost reputation. Following reputation management measures are recommended for the Gosport hospital, based on the analysis conducted above.

Stronger whistle-blower policies: A lot of damage could have been avoided had the establishment paid heed to the concerns of the families and the staff (Gallagher & Gannon, 2018). The hospital needs to promote an open communication culture to support the whistle-blowers and protect them from harassment. It must foster an environment where the staff have the freedom to speak up without worrying about the implication.

Transparent and truthful organisation: Today, medicines have become more complex and the treatments require multidisciplinary and versatile approach (Moffat, 2018). In order to regain patients’ trust, it is important that the Gosport hospital doctors are open to receive and respond to questions raised on prescriptions and treatment methods. A collaborative line of action is necessary in which the doctors lay out the negative and positive consequences before initiating a treatment.

Special attention to elderly patients: Following the investigation, it will not be easy for a relative to leave an elderly in the care of the hospital. To win their trust and confidence back again, the management should provide specialised training to the staff to ensure a comfortable and stress-free environment. With gentle care, bonding and communication, a healthy relationship must be developed.