A paper on Indian English Drama 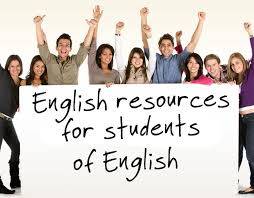 Drama is a mode of fictional representation through dialogue and performance in verse or prose. It is one of the literary genres, which is an imitation of some action. Drama is also a type of a play written for theaters, televisions, radios and films. On the other hand, Drama in India has the longest and the richest tradition. The origin of Indian drama can be traced back to the Vedic Period. As an appearance of national sensibility, Indian drama came into existence as a means of exploring and communicating the truth of things and was popularly piled as the “fifth Veda” (K.Venkata Reddy, R.K.Dhawan: 7)

During the period of the Vedic Aryans, drama was performed in a very simple way. Different dramatic performances had been took place fromthe Bhagavad-Gita, the Ramayana, and the Mahabharata, in front of people. Even today, during the time of Dussehra (burning of Ravan), takes place in India. Bharata’s Natyashastra in Sanskrit is the most pioneering work on Indian dance & drama. It displays awareness of all major aspects of drama, namely stage-setting, music, plot construction, characterizations, dialogue and acting.

According to legend when the world passed from golden age to silver age, people started getting addicted to sensual pleasure and jealous, anger, and desire. Then Gods, demons, Yakshas, Rakshas, Nagas inhabited the whole world. At that moment, Lord Indra requested God Brahma: “Please give us something which would not only teach us but be pleasing both to eyes and ears.”(Adya Rangach 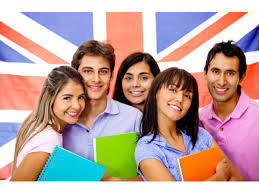 God Brahma gave the pious idea of Natya Veda after meditation. He combined the essence of Natya Veda out of the four Vedas, dance from the Rig Veda, song from the Sama Veda, mimicry from Yajur Veda and passion from Athar Veda. Vishwa karma was the celestial architect who builds a stage in Indian heaven and Bharta was the actual manager. Bharta’s ‘Natyashastra’is a detailed treatise that deals with all aspects of the diverse arts and that are embodied in the classical Indian concept of drama including dance, music poetics and general aesthetics. Bharta describes drama as mimicry of the actions and conduct of the people. It follows that only drama uses the eight basic emotions of love, joy, anger, sadness, pride, fear, aversion and wonder. It depicts different situations relating to men good, bad and indifferent, and gives courage,amusement,happiness and advice to all of them, Bharat Muni’s own concept of dramatic theory can be quoted in the sixth chapter of ‘Natyashastra’: “The combination called Natya is a mixture of rasa, bhavas, abhinayas dharmics, vrittis, provrittis, siddhis avaras, instruments, song and theatre -house” (Bharat Gupt: 86).

Sanskrit drama flourished in its glory till the fifteenth century but thereafter Indian drama activity almost came to an end due to certain invasion on India. When British came in India, the crippled Indian drama regained its strength. Thus, the western impact awakened: “the dormant, critical impulse in the country to bring Indians face to face with new forms of life and literature, and to open the way for a fruitful cross fertilization of ideas and forms of expression.”(Iyengar: 4)

The Indian English Drama is supposed to have begun in the 18th century when the British Empire strengthened its power in India. It is taken to have started with the publication of Krishna Mohan Banerjee’s “The Persecuted”in 1813. It is a social play which presents the conflict between the East and the West. The real journey of Indian English drama begins with Madhusudan Dutt‟s “Is This Called Civilization”,which was published in 1871. He also translated his play “Ratnavali (1859)” and “Sermista (1859)” originally written in Bangla into English. 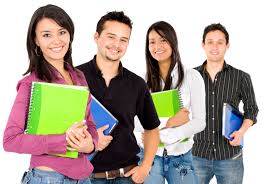 Manipura Tragedy”in 1893. Indian English drama exhibited its genius after a long time in the 20th century. The Pre Independence era witnessed the emergence of many significant playwrights. They were Rabindranath Tagore, Aurobindo Ghosh, T.P. Kailasam, A.S.P. Ayyar, Harindranath Chattopadhyaya, Bharati Sarabhai who made a tremendous contribution to the evolution and development of Indian English drama.

R.N. Tagore and Sir Aurobindo Ghosh, the two great sage poets, are the first Indian dramatists of repute. Including Harindranath Chattopadhyaya, they are known as the big three who made an abiding contribution to the Indian English drama.

Colonial experience and advent of modern education broughtIndians face to face with the western style of drama; many writers got influenced and started writing plays following the  western standards or appropriated them with the indigenous pattern of drama.

Modern Indian drama cannot be considered rich either in quality or in quantity as compared to the enormous fiction written in the country. The Indian fiction writers outnumber the Indian playwrights to a large extant (lyenger 226). It is of course the western influence which gave impetus to the modem drama and helped to revive the tradition of drama in India although the folk traditions and indigenous varieties of stage craft remained there all the time.

The reason behind the imitation of the western style was either the western education received by the writers or the visits of foreign troupes who staged their plays in colonial cities like Bombay and Calcutta. If we go to the chronological order,Krishna Mohan Banerji’s “The Persecuted (1837)”is probabl 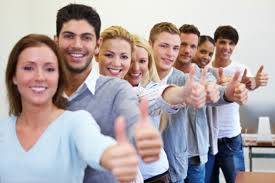 y the first English drama in India. But Micheal Madhusudan Dutt’s “Is This Called Civilization?(1871)” is one of the major milestones in this tradition which was later on continued by the two great masters of Indian poetry and drama, Rabindaranath Tagore and Sri Aurobindo.

The plays of the majestic Bengahduo had themes highly symbolic, classical, and foreign. Sri Aurobindo’s“Rodogune”, and Perseus are set in Syria, whereas the play “The Viziers of Bassora”is set in Iraq. “Vasavadutta”is a romantic drama sourced from Somdadeva’s Kathasaritsagara. Rabindranath Tagroe’s plays were also highly symbolical, poetic, and had scarcely realistic elements in them. They discussed society and social problems in an oblique way and had thus a limited scope for direct social awareness or social change. The main reason for this was that these plays were meant for only a selected and private audience and had nothing to do with the common people of India. Like Rabindranath Tagore “Sri Aurobindo was [also] a Prophet and a recluse, and he stood apart in unique solitariness, and anyhow his five plays were but a small fraction of his phenomenal literary output. The verse dramatic form has attracted other writers too, thanks mainly to the potent spell of Shakespeare and the Elizabethans” (lyenger 231).

There have been several playwrights who tried their hand in writing plays in English as well as in different regional languages. In addition to his poems, Harindranath Chattopadhay wrote more than half a dozen English plays, all based on the lives of Indian saints. Chattopadhay wrote his first play “Abu Hassan”as early as in 1918.